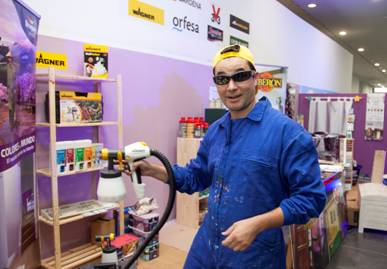 Krom starred in the most sympathetic event of the first day of EUROBRICO, a ‘ repairs’ of the 20th century that, Thanks to the AFEB associated products (Spanish Association of manufacturers of DIY) It has become the Homus Bricolagenus of the 21st century. This mise en scene served to inaugurate the demonstrations of the AFEB in Eurobrico area.