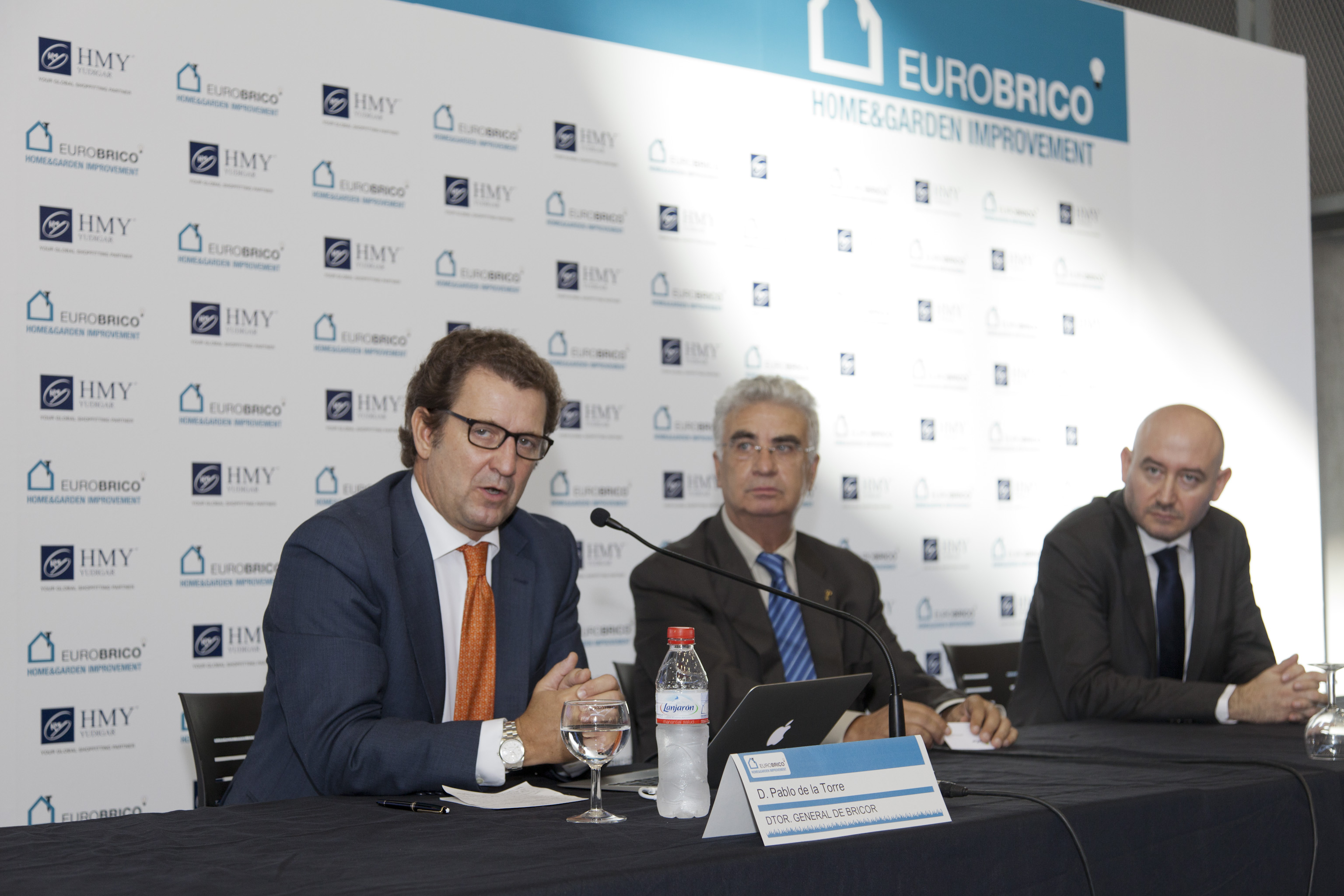 El Corte Inglés DIY chain expected to open over the next two years from a Center a month, specialized in DIY and hardware

The second day of the fair Eurobrico - of the 3 to 5 October at Feria Valencia- It has been marked by the intervention of Pablo de la Torre, CEO of Bricor teaches the DIY of El Corte Inglés. Accompanied by the President of the competition, Luis Franco and Diego Luis Martí, Deputy Director-general of Bricor, the Tower has announced that in the next two years he taught that El Corte Inglés has, specialized in DIY, It is scheduled the opening of new stores.

“We have developed a new proposal of establishments Bricor that completes our current network of shops and supermarkets dedicated to the world of DIY and hardware. A new approach that we open a store a month in the centers that El Corte Inglés is located in the urban environment of the main cities of the Peninsula”.

As explained “with this new initiative the Bricor project - whose career started for 6 years when arose as a company project- reborn” “What we have done - explained- It was the initial concept of Bricor to adapt to the current economic situation in Spain and Portugal, but of course without abandoning other big establishments that Bricor has also”.

New Bricor stores will have an area of between 1.300 and 3.000 square meters and will offer solutions for most urban consumer, with sections specialized in painting, Tools, plumbing, lighting or urban garden, among others.

According to said Bricor CEO, We have an ambitious but also realistic implementation plan, because the centers exist but what you need to do now is to open gap in them. And the optimization of the square meter is a good tool; to offer a new offer to the customer that we have”.

He also recalled the potential of a business group as El Corte Inglés centres for those who spend a year featuring 16 millions of people, as well as with a consumption card, of El Corte Inglés, It is the most commonly used in Spain.

Likewise, He said that the profile of its clients is that of a consumer marquista and that therefore invited all brands to join the new business project of the Ensign Bricor. “It is time to embark on this initiative because also in our company we are committed to the national industry, and we are delighted to be working together”.